I spent four years and tens of thousands of dollars to go to Eckerd College in the early 1980s. Actually my parents spent most of the money for this education, but I always, always had some kind of job in college and in law school as well.  Eckerd College was a very special place to me.  It was where I first felt like my own person – not my father’s son, but the person I wanted to be.  It was where I began to experience the world around me and learned about the important of knowledge, hard work, and virtues.

The Dean of Students was an extraordinary man named Mark Smith.  He was the dean to many people who went on to do great, noble and important things in their lives.  He was famous for the quote “Eckrd College students are givers.”  He spoke a great deal about students becoming givers and takers.  Naturally, giving was good and taking was not.  The definitions for these terms were fluid and open to interpretation.

I graduated from Eckerd in 1984, spent a year as the Sister-City Ambassador between St. Petersburg, Florida and Takamatsu, Japan, teaching English, learning Japanese and martial arts as well as practicing being a giver.  Then, I returned to the University of Florida College of Law and became filled with ambition to do great things, make a lot of money, and achieve as much as I could.  At some point, I lost my moral compass and began a slow transition from being a giver to becoming a taker.  I still gave money and time and portrayed the role of a generous person, but it was always self-serving.  There always had to be a reason that served ME.

I also began to drink alcohol in ever increasing quantities.  Little by little, I lost my soul.  I lost everything else too in the course of becoming a taker.  I destroyed my life and severely hurt almost everyone who had me in their lives – alcoholism, addiction and “taking” create perfect storms of destruction.   I needed help to get sober and to restore my body, mind and soul.   Addiction is a disease in which a person engages in some kind of activity that causes him or her negative consequences and he or she continues to engage in this activity despite ever-increasing, and sometimes catastrophic, negative consequences.  It is said to be a two-fold disease – an allergy of the body and an obsession of the mind.  But there is a third aspect to this disease – the compromise of an individuals’ value system.  In order to protect one’s addiction, the addict will engage in behaviors that are in strong contrast to one’s values – dishonest, immoral and often criminal behaviors.

In 2014, thirty years after graduating from Eckerd College, I started a drug and alcohol program called Sea Of Solutions near Eckerd College focusing on legal professionals suffering from substance abuse, anxiety and depression.  I also discovered the dichotomy within me – the giver and the taker.  Last Sunday, January 11, 2015, while doing some writing and research at the Eckerd College library, I remembered a quote from Robert Bolt’s A Man for All Seasons, the story of martyred Thomas More, that Mark Smith would always insert into the program for the opening ceremony of each semester:


“If we lived in a State where virtue was profitable, common sense would make us good, and greed would make us saintly.  And we'd live like animals or angels in the happy land that /needs/ no heroes.  But since in fact we see that avarice, anger, envy, pride, sloth, lust and stupidity commonly profit far beyond humility, chastity, fortitude, justice and thought, and have to choose, to be human at all... why then perhaps we must stand fast a little - even at the risk of being heroes.” Robert Bolt, A Man for All Seasons.

I decided to call Mark Smith, who is now 87 years old and lives in Columbus, Ohio.  We had not spoke in 5-6 years and I was not even sure if he were still alive.  "Hello", he bellowed into the phone.  He sounded just like he always did, despite having a stroke in October of 2014 and losing his voice for a while.  "Timmer, how the hell are you doing?"  I told him about my treatment program and that I was really practicing the giving arts, but I was at the Eckerd library and wondered if he had written about "giving" in his time here at Eckerd.  He told me that he had never really written a text on his giving and taking theory and suggested that I do it.  I cannot write what he thought, but I can write what I remember and what I think the theory means to me.

Simply, we should be givers, not takers.  If we do, the world will be a better place and we will be happier people.  More importantly, we will individually be much happier.  Bill W., one of the founders of Alcoholics Anonymous, intuitively knew this and made “being of service” one of the most important bedrock principles of recovery in AA.  In fact, Bill wrote “[P]ractical experience shows that nothing will so much insure immunity from drinking as intensive work with other alcoholics. It works when other activities fail. P. 89 Big Book of Alcoholics Anonymous (“Big Book”).  These giving principles are replete in AA and other 12 Step programs – From Chapter 7 Working with others, he wrote “They knew they must help other alcoholics if they would remain sober.” P. 159 - Big Book.  Further, it is written:
“Particularly it was it imperative to work with others as he had worked with me. Faith without works was dead, he said.” P. 14 Big Book.
“Our very lives, as ex-problem drinkers, depend upon our constant thought of others and how we may help meet their needs.” P. 20 Big Book.
“If an alcoholic failed to perfect and enlarge his spiritual life through work and self-sacrifice for others, he could NOT survive the CERTAIN trials and low spots ahead.” P. 15 Big Book.
“Helping others is the foundation stone of your recovery." P. 97 Big Book.
“A kindly act once in a while isn’t enough.  You have to act the Good Samaritan every day, if need be." P. 97 Big Book.
“To be vital, faith must be accompanied by self-sacrifice and unselfish, constructive action.” P. 93 Big Book.
“Happy in their release, and constantly thinking how they might present their discovery to some newcomer." P. 158 Big Book.
I am not saying that “giving” is the KEY to recovery, but I do believe that becoming a “giver” is critical to defeat the taking behaviors that addiction requires to survive.  There are sober people that engage in dishonest, manipulative, self-destructive behaviors.  The result is that they are miserable.  The same is true of people who do not engage in addictive behaviors but are takers in the sense that they are selfish and self-centered.  They simply tend to not be very happy.

I had a series of experiences a few years ago that re-ignited my giving soul.  I met someone in his 20s who had survived many near death brushes with cancer and announced to me that the secret of life is to live to serve others.  I explained that, as a person in recovery, I do that and he told me that it was critical for his survival.  Shortly, thereafter, I heard a radio program in which the oldest person in the State of Florida at the time, a 107 year old lady, say that the secret to her longevity was thinking of others and helping others.  Later that day, I was listening to the BBC, when I heard an interview with a wealthy tech entrepreneur from India who returned to India after becoming a billionaire and was still not happy.  He went to see a very old yogi who told him, “Oh, my boy, the secret to happiness is very simple; just be of service to mankind and you will be happy. “  So, my Dean of Student’s message was not very subtle.  We could spend four years in college and earn a degree in many different fields but, in the end, it was giving to others that mattered most for our own personal mental and emotional health – and ultimately for our happiness and that of the people around us. 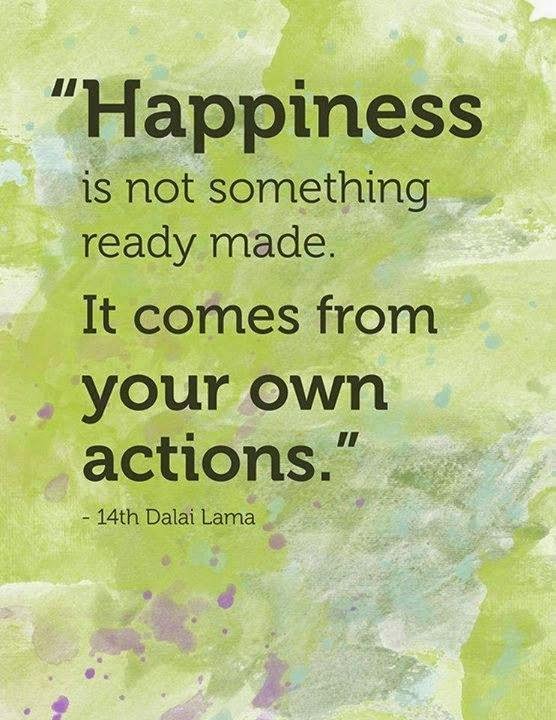