On October 5, 2013, Nelson Mandela, the first black President elected in South Africa, passed away at the age of 95 years.  He had spent his entire life fighting for the freedom of his countrymen of all colors and races.  Equality and freedom were his two passions.

He has so many lessons for those of us suffering from addiction as well as people generally, but the most important lesson is that resentment - lack of forgiveness is fatal - terminal. 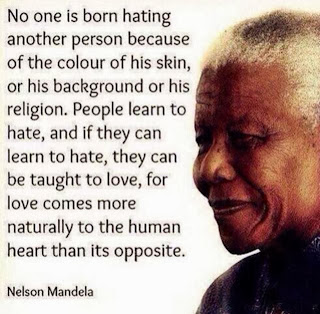 The second and much more powerful message is that love truly is more powerful than and truly does overcome hate.
Posted by Unknown at 5:13 PM